This was the first book I read in July because the premise about the book intrigued me. Little did I know, it would help me understand a whole lot more about myself than ever before.

The story is about Lexie, a girl who was a victim of rape over the summer before school starts. After the event, she starts self harming in a not so typical way, she scratches her neck badly enough that she has to hide her shirts with the bloody collars and do laundry separately later and hope that no evidence is left behind. Her life starts changing when Bodee, the school’s poor kid and whose mother is murdered by his father, enters her life. He helps her and she helps him in ways they never could have fathomed.

This book is about sexual abuse, rape, self harm and domestic violence. Having been in a diversity trend these past few months, I jumped at the opportunity to read it and was not disappointed. The writing is very good and the pace is steady that you don’t feel like you’re reading the story but more like living it. This topic is very sensitive and was handled with perfection.

This book made me cry a lot and the truth in the book knocked the earth from under me. It felt too personal at times and there were moments of lightness that helped balance it out. If this book is a trigger for you, I suggest you don’t read it. If you’ve been a victim of sexual abuse, this might help you to tell someone you trust or if you’re a victim of domestic violence, you can tell someone who can help you.

The cast of characters was splendid. I loved Lexie’s friends and their friendship which seemed so normal in her torn up world. I did take issue with her sister because she seemed like such an antagonizing character and I just think if she’d been more calm she would’ve been able to recognize what had happened with her sister.

The relationship between Bodee and Lexie I thought was one that was based on the need to save the other more than themselves. That would’ve helped them to forget their own problems and help the other cope. The kindness and understanding between them is very palpable and so is the need to push each other to do the right thing. Only people who’ve been hurt, I think, have the right to push someone else who’s been hurt because I feel that they come from the same building of abuse but just a different floor. There is an unspoken understand of the pain that the other went through and what is important to just hold hands and take one step at a time toward healing.

I rated this book a 5/5 stars. I would definitely recommend this book to anyone who wants to understand from the POV of a sexual abuse victim and if you know someone who has been through something like that, please speak up. Tell them you understand and you’re there for them and just be the hand they can hold to take that tiny step to healing. 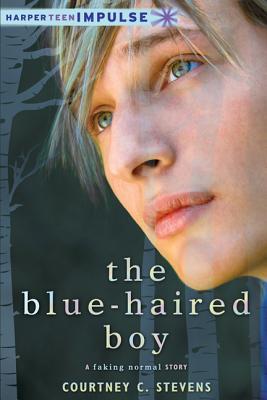 The novella that accompanies this book is called the Blue Haired Boy which is the creation of Bodee as the Kool-Aid Kid. It was touching and the fact that Gerry, the other character, had her own story that would rip anyone to pieces. This does have LGBT themes in it and I fell in love with Bodee all over again and with Gerry as well. If I learned one thing from this book it was that the people who are the most pained are seriously the happiest and kindest. They know the true value of happiness and that is just, it guts you and helps you and makes you grateful for all that you have.

I definitely recommend this book as well. Please read it. You will not regret it.